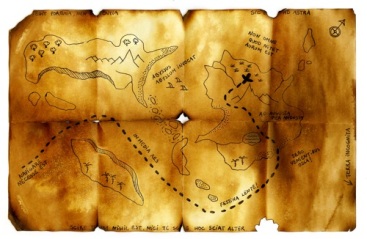 When churches are looking to either start or revamp a small group ministry, it can be helpful to see what others are doing – not necessarily as an instruction manual but more as a guide to see what meshes with your community/goals/etc. It’s best to see them more as mindsets than models. What fits with how you see community and mission fitting into the overall church?

That said, here’s a list of what some folks out there are doing that I put together for a recent workshop on small groups. Read below or download the PDF here.

What it looks like: Typically groups are formed either by a single leader or a group coming out of a class or group launching program. It is an ongoing group that meets (usually weekly) to discuss a Bible study, share prayer requests, and – for some – share a meal together. Typically, the groups are open, meaning anyone can join any group at any time. Group members are encouraged to invite their Christian and non-Christian friends to the meetings. Some churches are now encouraging those groups to also explore ways they can serve the community or church as individuals or as a group.

Pros: An ongoing group is a good example of Christian community. It provides a long-term source of friends who can support each other through life’s challenges. In an increasingly transient society, ongoing groups provide a good example of what true community can be. Shared histories and backgrounds can create a culture of openness and draw even the more quiet members into the conversation.
Also, since this is the primary way small groups are done today, there are many resources available on how to create a program like this.

Cons: Ongoing groups can become exclusive. Once a group has known each other for an extended period of time, they tend to become more inward and worry less about inviting others in. Many churches deal with this challenge by focusing primarily on starting new groups with new people. Also, unless the “why” is strongly worked into the “DNA” of the group, multiplication can be difficult on the group as a whole, as members have formed connections they do not want to lose.

What it looks like: Churches have three or four “semester” each year, and all groups run on these time tables. Often they mirror the school system. For instance, at National Community Church, they have Fall and Spring semesters and a shorter Summer semester that mainly consists of larger group classes. All commitments only last 8 to 12 weeks. They publish a small group guide at the beginning of each semester that shows what groups are available, what they will be focusing on, and when they meet.

Pros: In essence, the pros and cons of a semester system are the opposite of those of a basic cell group model. This system works very well for areas with a transient population. NCC is in Washington, D.C., and primarily made up of Capitol Hill staffers. The turnover is great from year to year. This model also provides natural in and out points for leaders and group members. It’s easy to jump in at the beginning of a semester and make a limited commitment. It also provides a natural rhythm for leader training, group promotion, etc.

Cons: Groups that last 8 to 16 weeks can make community formation more difficult. Typically, a group truly starts to “gel” after about 4 to 6 months. Members may choose to stay in the same groups over time, which could help.

What it looks like: Groups begin at a central meeting and are closed for an 18- to 24-month commitment. New people can be added only if the whole group signs off on it. The idea is that new people can disrupt the growth of the group. In this model, groups are a central part of discipleship. North Point’s goal is “to provide a predictable small-group environment where participants experience authentic community and spiritual growth.” Closed groups, for them, help to provide that predictable environment. Every newcomer is welcome to join a group, but every person must start at the beginning through one of their group connection events.

Pros: Focused groups can become much closer through the time of their commitment. There is a simple, consistent way to funnel new people into groups.

Cons: Closed groups keep people from inviting others into community through their relationships. They can always begin a new group with friends, but if they are into a 20-week commitment, it limits the invitation. North Point’s model, however, would say the Sunday service is the primary place to invite newcomers, not the small group.

Mission-based Groups (Mosaic Church and others)

What it looks like: Most groups begin with the idea that they will serve the community together in some way. The problem is, few ever get to that goal. Alan Hirsch says that if we start with the goal of community and plan to get to mission, we’ll never arrive there. But if we start with mission, community will happen along the way. Increasingly, churches are experimenting with the idea that a group will form around a shared passion – serving the homeless, leading worship, or working in an after school program, to name a few. The group also meets for Bible study and socials alongside that involvement. Mission is built into the group from the beginning.

Pros: Once people are serving together, Bible study and community becomes more “alive” as it is needed to inform and feed the service. For some Christians, they have never “lived out” their faith in such a direct way, and that service along with Bible study can be an incredible discipleship tool.

Cons: I personally haven’t seen many of these groups, so it is difficult to say how they are formed. It is more of a challenge to group people by shared interest, but it could work to find leaders who have passions for certain areas and advertise those groups. People who have no direct “calling” to one group could still join along relational lines and experiment to see what types of service they connect with. As with all models, leadership training and support would be incredibly important.

One thought on “Different types of small group ministries”