Does social media contribute to or distract from your main thing? 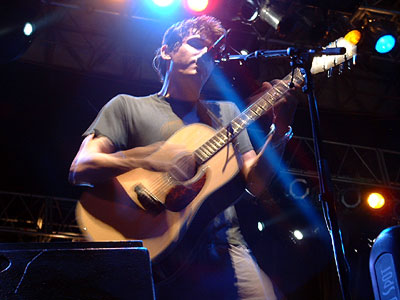 John Mayer spoke to students at Berklee College of Music this summer, and one thing he talked about was the impact social media had on his creativity. While it helped him connect with his fans (millions of followers on Twitter), it robbed him of creative power for his main thing – music:

“The tweets are getting shorter, but the songs are still 4 minutes long. You’re coming up with 140-character zingers, and the song is still 4 minutes long…I realized about a year ago that I couldn’t have a complete thought anymore. And I was a tweetaholic. I had four million twitter followers, and I was always writing on it. And I stopped using twitter as an outlet and I started using twitter as the instrument to riff on, and it started to make my mind smaller and smaller and smaller. And I couldn’t write a song.”

It’s something worth thinking about for everyone. What’s your main thing? Where should your energy go? Some things like Facebook and Twitter can connect us and even make us feel productive, but if it’s robbing us of the core/central thing (if it becomes our main instrument), it may need to be cut back.

I know people in Student Affairs who have used Twitter to connect with colleagues in amazing ways – to learn, to find support, and to share ideas. But for every person who finds #SAChat conversations and a new circle for professional growth, there may be five more who just use it as an escape for the real work of connection, creativity, and getting things done.

So what about you? How has Facebook/Twitter/Tumblr/Pinterest/Whatever helped you do what you do? What are the temptations that distract you from the main things you do?